What are the fine wines of Chile?

Since the modern boom in the 1990s the Chilean vineyard have nearly tripled. Exports have grown exponentially, while local consumption continues to decrease. Chile is well known for its consistent quality in the low-end of the market, but it doesn’t stop there. The premium wines are increasingly diverse and more vibrant than ever, as shown by international awards and comparative tastings. 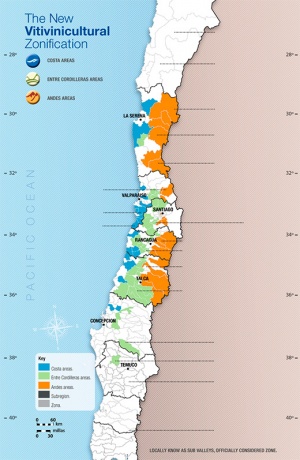 The geographical spread of the Chilean vineyard is a staggering 3795 kilometres from north to south. Most vineyards are still planted on the valley floor of the vast Central Valley, but premium wine producers are increasingly looking elsewhere. A driving force for this development is the terroir-consultant Pedro Parra that has recommended several leading wineries to plant on rockier soils, rather than the deep alluvial ones.

In 2018 Eduardo Chadwick (of Errázuriz, Seña and Viñedo Chadwick) was named Decanter Magazine `Man of the Year´, a recognition that has made Chilean premium wines more visible on the world stage than ever before. Despite the rise VINEX has isolated three major trends shaping the landscape of the world’s seventh biggest wine producer.

1. Terroir more important than ever

In 2011 Chile divided the main vineyard areas to the current system we know of today, from west to east. The Costa, Entre Cordilleras and Andes zones has certainly made the Chilean landscape more comprehensible the ever before. But it is only the beginning. The latest development is the matching of variety to specific areas. Cabernet Sauvignon in the Alto Maipo, Carignan in the Maule Valley, Chardonnay in the Aconcagua Costa, Riesling in Bío Bío to name a few. It’s a historical fact that vineyards in Chile used to be planted based on convenience. High yields and proximity to Santiago were the most important aspects. It’s only in the latest 15 years that soil type, aspect and altitude has started to attract the attention it deserves. In our report on Rioja last month we wrote about high altitude vineyards as one of the main trends. In Chile we see much the same, systems of drip irrigation has allowed the Chileans to plant higher than ever. The record in 2018 is held by Viñedos de Alcohuaz with their Elquí Valley vineyards at 2208 meters above sea level.

Since the Berlin tasting of 2004, where 2001 Seña scored higher than 2000 Château Lafite, Chilean Cabernet Sauvignon has been well respected. What’s new is that red wines made from Syrah, Carignan, Carmenère, Cabernet Franc and even Pinot Noir are now fighting with Cabernet Sauvignon for the spotlight. The influence that Parker and Rolland had on Chilean fine-wine production in the late 90s is less noted today. Among Chiles finest red wines we have Carignan from Maule, Carmenère from Maipo, Cinsault from Itata and Malbec from Apalta. This was not the case 10 years ago. The true trend-setters of this development is the Chileans themselves. Winemakers such as Ricardo Baettig (working with Eduardo Chadwick) and Marcelo Retamal (De Martino, Viñedos de Alcohuaz) are setting the course of the future. Other influential forces in this development are groups of independent producers such as MOVI and Chanchos Deslenguados.

Chilean winemakers of today are much younger than before, well-traveledoenologists in their 20s and 30s are increasingly taking over from their older colleagues. One thing that is separating the young generation is where they prefer to source their grapes. While the old generation preferred the country’s middle third, the new is looking further. A lot of the most exiting projects of today are based around the fringes of the country. Either high up in the Andes, or just next to thecool watersof the Pacific Ocean. Notableoenologists to watch are: Cristián Aliaga (William Fèvre), Ricardo Baettig (Morandé), Meinard Bleom (Casas del Bosque),Edgard Carter and Karine Mollenhauer (Carter Mollenhauer), Leonardo Erazo (Rogue Vine), Emily Faulconer (Carmen) to name a few. 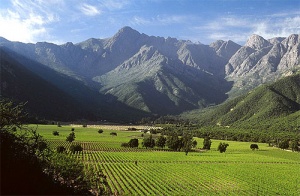 The 10 most expensive wines

Up and coming producers

Chile is the second-biggest producer in South America with 137,374 hectares of vines. The total output is 949 million litres (2017). Cabernet Sauvignon is by far the most planted grape with over 30% of plantations. Sauvignon Blanc follows at slightly over 10%, Merlot and Chardonnay just over 8% each, País, Carmenère and Syrah are roughly the same at around 5-7%. Chile grows 77 different grapes in total. The top ten of Chile’s 350 wineries sell more than 85% of its wine. 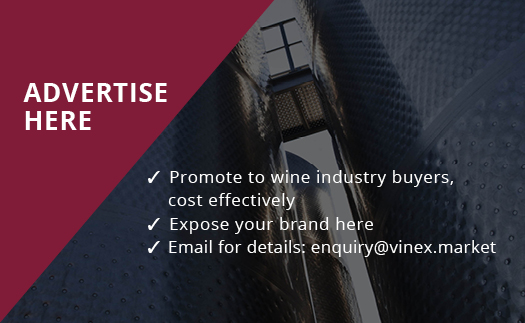