In the second part of our tour around the different regions of France we assess the likely size, shape and quality of the 2020 harvests in Provence, Champagne and Alsace.

Provence, along with a number of other French regions, has seen this year’s harvest move forward compared to previous years, with producers picking up to 10 days earlier than normal in some places. Grape picking started on August 15 in Pierrefeu and La Londe in Cotes de Provence while the secateurs came out at the beginning of September for later ripening areas.

Vins de Provence says the vines have benefited from a mild winter, a wet spring and a hot summer, which have helped them to mature earlier without the high temperatures that hamper the development of the vines. It means the vines are in good health for the 2020 vintage, adds Vins de Provence, with early indications showing a great balance between the phenolics and the alcohol abs, which together should result in “great quality” wines.

That said it has not been plain sailing for Provencal producers, who had to contend with a “significant” frost at the end of March, which will have an impact on the overall volumes. Vins de Provence says it is too early to put a figure on how much the harvest will be down.

To adapt to climate change, the Centre du Rose, the syndicate of Côtes de Provence and the Var’s Chamber of Agriculture, is also experimenting with new grape varieties such as Caladoc and Rousseli. “2020 will obviously be a year unlike any other,” said Jean Jacques Breban, the CIVP’s president, who again pointed to the impact the severe spring frosts will have on overall tonnage.

“Thankfully,” he added, “for the unaffected parcels, the tank samples are encouraging, with the first grapes harvested offering a beautiful maturity and acidity. The vintage is therefore promising.”

Provence has 494 estates, 63 co-operatives and 90 local trading firms, and rose accounts for over 90% of total production. 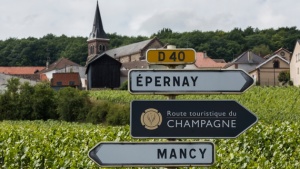 As the 2020 Champagne vintage draws to a close, it will likely be remembered as one of the region’s more unusual years vintages, with extreme heat hitting overall yields, not to mention the impact of Covid-19.

Champagne also saw one of the earliest harvests on record, with grape picking starting on August 17. Some growers started even earlier, with Comité Champagne giving permission for some to start from August 13.

Champagne Mumm’s cellar master, Laurent Fresnet, said an August harvest is fast becoming the norm in the region, with this year’s vintage being the sixth time this century that picking has started in August – the others being 2003, 2007, 2011, 2015 and 2018.

“Now, the unusual harvest is one when the picking finishes in October,” he said. There are high hopes for the overall quality of the vintage, with Fresnet going as far as claiming they are pretty much guaranteed, comparing the high standard of grapes in 2020 to the celebrated 2018 vintage.

“It is close to 2018 in quality, but we don’t have the quantity,” he told Drinks Business. By contrast, 2020 will go down in the record books as one of the lowest-yielding harvests this century, similar to the yields from the 2003 heatwave vintage.

The Comité Champagne – which strictly controls the yields of the region – set an unusually low cap on the amount of grapes that can be turned into wine for making Champagne this year, though it was already a small vintage.

Just ahead of the harvest start-date, the Comité set a limit of 8,000kg/ha for the entire region, with no allowance for extra grapes to be picked for making wine to be put into a ‘reserve’, making this year’s vintage 25% smaller than the 2019, which itself was down more than 10% on previous, recent levels.

This low level was agreed upon by the growers, cooperatives and producers of the region due to the Covid-19-related drop in Champagne sales around the world, with an estimated year-end decline thought to be as much as 30%, representing a drop in shipments of around 100 million bottles.

Some producers, facing dramatically reduced sales, felt that an even lower yield of between  6-7000kg/ha was preferable, as the region is already sitting on high levels of stocks and reserve wine.

Fresnet estimates that 8,000kg/ha will produce the equivalent of 230 million bottles, may be too much for the current market even if the wine from the 2020 vintage will not be released for some years.

However the yield limit did not result in wasted grapes, due to the nature of the growing season.  “It was a very dry year, and so the grapes were dried out by the sun, losing 15-20% [of their moisture] depending on the orientation of the plot, so there was a natural reduction of the yield, which meant that we only produced around 1,000kg/ha more than the limit [of 8,000kg/ha],” explained Fresnet. He said that in usual circumstances, a normal yield would be in the region of 12,000kg/ha but due to the dry and hot summer weather the yield was reduced across the region by 3-4,000kg/ha.

Fresnet described 2020’s produce as “very concentrated, with lots of flavour; the aromas in the winery are very fruity.” “While we don’t have a lot of acidity, we do have a great balance between fruitiness and freshness.” He added that 2020 was a “vintage quality harvest”. 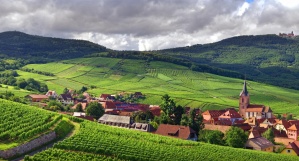 Hugel, the centuries-old Alsace wine producer, has said it has had to carry out green harvesting - a form of crop thinning in the vineyards – for the first time in more than 10 years for the 2020 harvest.

To do so has meant it has also “sacrificed a large proportion of our grapes in the most prestigious terroirs,” said Jean Frédéric Hugel, of the winemaking family. “More humble terroirs,” he added, were awaiting the same fate.

Green harvesting is not unusual in the wine world, and can be beneficial in some cases, but, as Hugel told Decanter.com, it was not an approach the family was used to taking.

The 2020 vintage is a mix of the good and very bad, he added. Good in that the region can look forward to an “exceptional” vintage with “an expected very high crop”. But bad in that it comes in a year when Covid-19 has hit sales and there have been restrictions placed on production yields in certain appellations.

Which meant “the obvious solution for quality, production, and economic and legal reasons was for us [to] green harvest”.

He added: “We are doing all we can to make it more than just the Covid year, but a great vintage worth drinking [for] decades. Nature has rather helped us on that side, so we have our fate in our hands, still.”

In the Rhône Nicolas Jaboulet, head of Maison & Domaine Les Alexandrins, said that ‘we [now] have high hopes for the vintage taking shape’, despite pressure from mildew earlier in the growing season and previous worries that grapes could be scorched in hot summer weather.