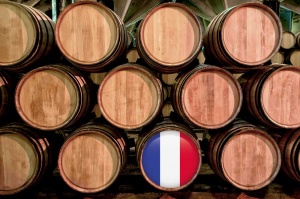 n 2014, wine production in France grew 12%, reaching 4.61 billion litres. However, a slight drop in trend in export volume and domestic consumption was recorded.

Market statistics have shown a 6 year consecutive decline in average annual wine consumption per capita in France. The 2016 wine production is estimated to be 4,290 million litres, with a 10.36% decline compared to 2015, based on the data collected in August 2016.

The producing area of the major varieties in France remained largely stable in 2014.

Fierce price fluctuations were observed in 2014, whereas an overall growth trend could be captured. It is worth mentioning that the Euro/USD exchange rate dropped from 1.38 in April to 1.24 in Nov 2014, which explains the fall back of the VINEX price index.

In 2014, bulk export volumes in France declined by 9%, partly influenced by the stronger Euro in mid 2014 when many buying decisions were being made. The reverse pattern has been influencing the market in 2015 and 2016.

The market data displayed has been assembled from in-market surveys, various published reports and with the assistance of industry experienced confidantes.

No trading decision should be based solely on the information provided.