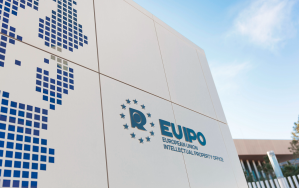 Fake wine and spirits is costing the globl drinks industry €2.7bn (US$3.18bn) in direct sales across the EU every year, according to a report from the European Union Intellectual Property Office (EUIPO).

It estimates that legitimate wine and spirits sales are reduced by almost 7% (6.6%), due to counterfeit goods, with illicit trade in wine and spirits resulting in the loss of over 7,000 jobs, with governments losing €2.2bn in revenue.

In the EU, counterfeit trading across all sectors equates to a total of loss of €59bn - reducing legitimate sales by 7.5%. The UK alone loses almost 57,749 jobs each year due to counterfeiting across the board, and 8.1 % of direct sales across all of the 13 sectors examined by the EUIPO.

Last year, 50 million litres of counterfeit alcohol was seized by HMRC, while around £218 million is lost annually in the UK thanks to fake products in the wine and spirits sector, with Scotch whisky a key target of counterfeiters.

As well as having direct economic consequences, intellectual property infringement "could also have dynamic, long-term effects” according to the EUIPO’s latest analysis. If infringement "reduces companies' returns on innovative assets, then investment in innovation may be lower than socially optimal" it said.

In a previous study, EUIPO estimated that counterfeit trading in GI products such as Scotch whisky and Cognac amounted to around €2.3bn in 2014, representing approximately 4.8% of total GI product purchases in the same year

"[GI infringement] is yet another example of the phenomenon that any time consumers are prepared to pay a premium price for a brand they trust, or for a GI product, infringers are ready to exploit that willingness to pay and thereby defraud the consumers and the legitimate producers."

The organisation also claimed that the cost of "enforcement-related activities" to combat intellectual property theft is "particularly burdensome for small firms”, estimating that that companies with fewer than 50 employees spend an average of €83,653 a year on such activities.

China remains the largest producer of counterfeit goods, followed by India and Turkey, according to EUIPO.