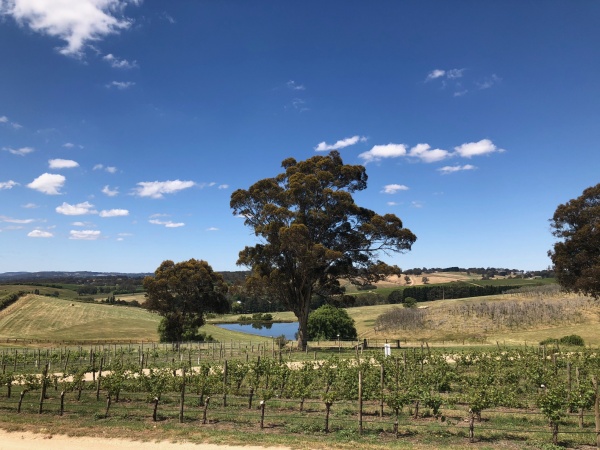 The last time I was in Australia the only wine I drank came out of a box. But then it was 25 years ago in 1993 and I was travelling down the east coast backpacking, as part of an around the world journey which only allowed for a £20 a day budget.

That said I was not alone. The vast majority of wine sold in any drinks store I went to seemed to be in a box. At least if my memory serves me right. Go out for dinner and all the tables around you had boxes of wine perched at one end of the table and it seemed every restaurant was BYO. Now admittedly I was hardly out fine dining, but Australia’s attitude to wine seemed as sophisticated as Paul Hogan’s guide to Australian beer.

Twenty five years later and, of course, things are very different. You don’t have to travel to the other side of the world to know that. In fact for years I probably drank more Australian wine in the UK than I did from any other country, before my eyes were turned by Argentinian Malbec, South African Chenin Blanc, Spanish Albarino...you get the picture.

So here I am again - thanks to a press trip with Wine Australia - taking a deep dive into all that Australia can now offer at the other end of its wine spectrum.

The anything and everything but boxed wine tour.

A tour that has taken me from Sydney to Perth, via Canberra, the Barossa Valley, McLaren Vale, Adelaide Hills and Margaret River. The chance to see for myself what producers on the ground are doing in different regions. But, in particular, to see how Australia, like most other maturing New World wine countries, is growing up to know which varieties are best grown where, and what sort of viticultural practices, from pruning to picking, to fermenting and maturing, are going to make its best styles of wine.

It’s been clear throughout all the extensive tastings and visits I’ve done that there is a collective greater experience and know how amongst producers, both big and small. A greater focus on what is right for their business, which was not the case five or six years ago. Time and again producers and winemakers spoke about having the “confidence” and “trust in themselves” to make the right decisions, both about what styles of wine they are making and what sectors of the market they then want to sell those wines to.

It’s clear the critical point in Australia’s recent wine history was the “glut” of wine it had in the late 2000s that pushed so many growers and wineries to the wall and forced those that wanted to be successful to have a clear direction for what they wanted to do with their grapes and why.

Like their counterparts in South Africa, New Zealand, Argentina and Chile, Australian winemakers also appreciate they are still only at the beginning of that journey, albeit with quite a healthy head start. The best from Down Under is undoubtedly yet to come.

It’s what makes any trip to a major New World wine country so fascinating. The winemakers and producers are still so thirsty for knowledge and are so keen to share their genuine, wide eyed enthusiasm with you.

Part of the that re-invention of the Australian wine industry lies in the fact it has woken up to the idea of making wine that is in tune with the country it is making it in.

For too long Australia had been sucked into the belief that the world only wanted it to produce the big, rich, oak laden wines that, at the commercial end, sold by the bucket load in supermarkets whilst, at the top end were winning Gold medals in the international wine competitions.

But fashions and tastes change and that style of Australian wine had by the early 2010s become “homogenised” and boring. Just ask Australian wine writer and critic Mike Bennie: “About five years ago I was only drinking overseas wine. I had become bored with Australian wine.”

It was around that time when so many Australian producers started to make wine that was more in keeping with the climate where it’s made, but also wines better suited to go with the local cuisine that people were eating.

It was time to turn the dial down on wood and over extracted winemaking and ramp up the ways to make brighter, fresher, more appealing wines to drink in a country where it is hot for at least nine months of the year.

Considering Australia still exports the majority of its wine in bulk, it might sound a little bizarre to claim a large factor in those changes has been the alternative winemaking scene in Australia. The minimum or non intervention winemaker who believes in the vineyards doing all the work and relying on natural ferments and skin contacts to give wines their freshness and flavours rather than rely on adding acids, tannins and additives.

That mass volume, recipe driven wine production is still a massively important part of the Australian wine industry, but even here you can see the influence that the stripped back, alternative wine world has had. It’s not just because hipsters think they’re cool, they just taste better staring at the sea when temperatures are over 30 degrees C.

Bennie explains: “They have helped refocus the gaze on Australia and what it is about. They are helping to change the conversation here about wine. Australia is about drinking and eating outdoors, down by the sea, having picnics. We eat a lot of seafood, have a big Asian, Italian and Mediterranean influence. All of which means the big rich, fuller flavoured wines just don’t fit into what Australia is all about.”

He adds: “What the alternative wine scene is doing is re-focus people’s view on what wine to make here. We are working out how to make wine with less winemaker influence. Wine that is more in keeping with our cuisine, what we eat and where we eat it.”

It’s also why we saw so many different varieties being made across all the wine regions we visited. Yes, the Shirazes, Cabernets, Chardonnays, Sauvginons and Semillons are all still leading the way, but there is now an enormous second tier of supporting varieties that are important for two key reasons.

One they are seeing the widespread plantings and use of varieties, most noticeably from Italy, the Mediterranean and Greece, that are well suited to the hot growing conditions that exist in so many parts of Australia. Whilst a Merlot vine might struggle in 35 degrees plus heat, a Sangiovese plant will be stranding tall and straight.

Secondly they are giving growers struggling to find buyers and the prices they need for their grapes new opportunities to sell those grapes to a new generation of winemakers willing to pay higher prices for specific alternative grape varieties. Winemakers, for example, willing to pay a grower A$1,400 a tonne for grapes a major contractor might only offer A$400 for.

Such deals might only be tiny compared to the bigger bulk contracts, but they are helping to shake up the traditional model and offer both alternative wines for consumers and the markets to buy, but an alternative way of working for the growers making those grapes.

Here are other trends and issues that are changing the way the traditional Australian wine industry now operates:

Having said all that, and whilst it has been a stunning voyage of discovery taking in all that Australia can now offer, a little part of me hankers after a night out on the box wine, trying to squeeze another glass out of the bag.