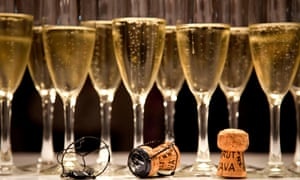 A group of nine Cava producers have broken away from the official Cava DO to establish their own EU recognised body called Corpinnat.

These nine producers account for only 1% of Cava's total  production, but 30% of Gran Reserva Cava production and six out of the 13 Parajes Calificados – Cava’s new premium classification.

The new  trade body has been officially registered with the Catalan government since September 2017 and the first bottles bearing its name will be released this spring.

The main motivation behind the creation of Corpinanat is to produce wines exclusvely from Penedès rather than from the much broader area in which Cava is currently permitted, and with the objective of “positioning the top sparkling wines that are produced in the heart of the Penedès among the best in the world”.

The reason for the formation of the splinter group would seem to be a refusal on the part of the DO to permit 'Cava' and 'Corpinnat' to appear on the same label, even though DO Penedès has agreed to its use.

In a statement, released on Wednesday 30 January, AVEC said: “In spite of the intense negotiations between AVEC and the DO Cava, it has been impossible to reach a satisfactory solution between the two parties, and the wineries associated to Corpinnat have been forced to abandon the DO even though they set up the brand with the clear will to continue within the world of Cava."

AVEC conceded that talks with the new board of directors of the Cava DO "have been constructive for the sector overall, and as a result of this the Regulating Council have incorporated in their ideas the possibility of zonification in the future within the limits of the Denomination of Origin."

And those producers choosing to label under Corpinnat will have to apparently drop designations such as 'Gran Reserva' (only allowed for Spanish sparkling wines labelled 'Cava') and various 'Paraje' classifications.

The new regulations effectively ban Cava's three biggest producers, Cordoniu, Freixenet and García Carrión, from labelling any of their wines as Corpinnat, pointing to the underlying cracks within the DO that led to the creation of Corpinnat in the first place, with smaller producers feeling themselves to be marginalised and the course of the DO entirely directed by the dominant three.