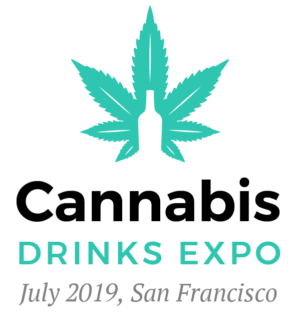 Much has been written and predicted about the potential size and impact of the continued legalisation of cannabis in key markets around the world, noticeably in North America, on the health and ability of the drinks industry to compete.

The numbers being quoted for legal cannabis consumption take your breath away. BDS Analytics, the specialist cannabis data insights business, claims the global cannabis market is going to increase by 39% to $17 billion in 2019 alone.

Clearly all eyes are on the US and the big steps being made there to legalise cannabis in more states. BDS says the US cannabis market was already worth $11bn in 2018, up from $9 billion in 2017, and on track to hit $23bn by 2022. Euromonitor is not far behind in its estimates and puts the legal US marijuana market at $20 billion by 2020.

It’s why we are seeing so much interest in the major drinks companies in cannabis. Constellation Brands has been the biggest mover and last year completed a $4billion stake in Canada’s biggest player, Canopy Growth, which means it now owns 37% of the business. That was on top of an initial stake of $179m it made in the business in October 2017.

Molson Coors is another major drinks player taking cannabis very seriously. Being Canadian based it is closer to it than most as Canada was one of the first major markets to legalise cannabis across the country from October last year. It has signed a joint venture with Canadian cannabis producer, Hexo, to develop “non-alcoholic, cannabis-infused products” and sees cannabis as a $3bn potential opportunity in Canada alone.

But are drinks companies right to be so worried about cannabis that they feel they need to be inside the tent and looking to change their business models to compete?

There are those who can’t see past cannabis as the industry’s biggest threat, and there are those who think it has been blown out of all proportion. Like Paul Mabray, wine and consumer technology expert and co-founder of Emetry, who told last month’s MUST conference in Portugal that he did not think cannabis per se would have much an impact on wine sales. Yes, the edibles and health and beauty products might, but swapping wine for a joint was not going to hit the market as much as people think, he claims.

But the market is so new it’s hard to make strong claims whatever side of the fence you are on. 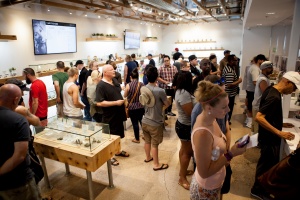 All of which makes the timing of the first drinks industry event to look seriously at the ramifications of cannabis very timely. Cannabis Drinks Expo, which takes place in San Francisco on July 25, is the first of its kind. A summit dedicated to discussing, analysing the overall cannabis market, its potential growth areas, and both the threats and challenges it poses to the wine and wider drinks industry.

Crucially it will also be the first time that many of the major cannabis players will have shared the same conference space with leading wine brands and producers. So equally a chance to meet, network, exchange views and business cards and test the waters, try each other out and see just what the other side is thinking about the other.

The event will look at what are the cannabis-infused drinks brands most likely to make an impact, the issues around marketing, promoting and distributing cannabis products and the legislative issues that everyone in the sector needs to be aware of.

One of the straplines for the conference is “Cannabis is the New Category”. No question mark needed. Which shows how far the industry has come in such a short period of time.

It makes perfect sense to be holding such an event in California as that is where so much of the business growth, entrepreneurs and business community that has built up around cannabis is located.

It has also been legal since January  2018 for businesses to start growing, producing and selling cannabis in California under the Medical Marijuana Regulation and Safety Act (MAUCRSA). That ruling changed the agenda as it opened up cannabis from just being used for medicinal purposes, but can now be used in California for recreational use.

There are now estimated to be close to 3,000 marijuana businesses in California alone and a market with nearly $850m a year.

Any wine producer looking to cash in and make the most of cannabis has to tread extremely carefully as there are, not surprisingly, extremely tight rules about what they can do.

US legal firm, Hinman & Carmichael LLP, is quoted in Forbes with this very clear advice. “Alcohol and cannabis products need to stay in their own lanes – they need to be either cannabis beverages or alcohol beverages, not both,” said partner, Rebecca Stamey-White.

It you going to make any sort of alcohol product infused with cannabis then you can’t use anything that contains THC (tetrahydrocannabinol) which is the addictive element of cannabis. The situation around CBD (from cannabidiol) cannabis, at least outside of the US, is a little more open as it does not have any psychoactive properties associated with cannabis.

But in the US the FDA has passed legalisation that does not allow for alcohol products to be made from either CBD or THC. If you are looking to make a non-alcoholic drink then you can do so with CBD and even THC.

It is though confusing to see so many different cannabis products on the market. The health and beauty sector in particular where there are all sorts of CBD-based products from body creams to lip balms. 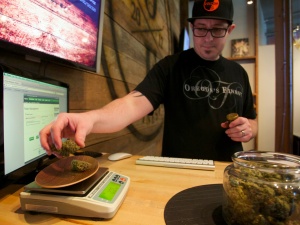 The average consumer appears to have made up his mind, according to the latest data. BDS, for example, says 80% of Americans aged 21 and older approve of legalising cannabis. But approving of it is another thing from actually buying cannabis when it is legal. Which makes BDS’ follow up research particularly interesting when it claims 32% of those living in US states where it is possible to use cannabis for either personal or medical use had consumed cannabis in the previous six months.

The reason, arguably, so many interested parties in the wine and wider drinks industry are so concerned about the take up of legal cannabis is the average demographic of those people most likely to be regular users.

Strikingly a large proportion of these users are not looking for the classic high from marijuana. But instead see these products as helping them live healthier lives. Which mainlines straight into one of the biggest issues facing the drinks industry. The backlash against booze and all its perceived and heavily publicised issues around health, and diet.

Miner & Co found nine out to 10 of those cannabis users it polled said they liked cannabis products as it allowed them to lead better, healthier and mindful lives. Crucially less than a third actually wanted to get the feeling of being ‘stoned’. Instead 90% wanted to use cannabis as part of a wider wellness programme, 88% see the ‘cannabis culture’ as being overall healthy and 80% do not associate themselves with the typical “stoner” cannabis user.

So it’s not surprising the wine and drinks industries are taking cannabis so seriously. Both as a threat and an opportunity.