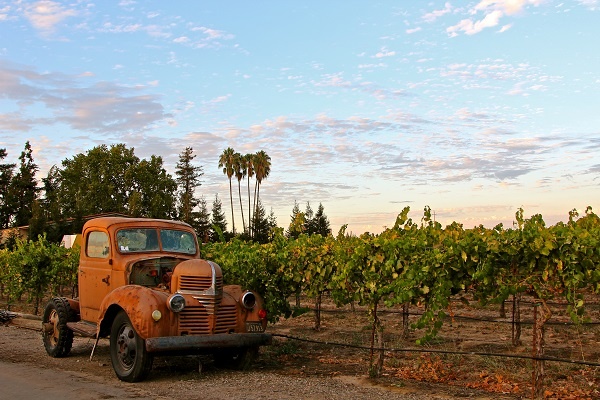 When even the local police cars have grapes daubed on the side, you know that you’re in serious wine country. And this is certainly the case in Lodi, wedged between the San Francisco Bay and the Sierra Nevada Mountains, a region so heavily imbued in wine culture that many local businesses, streets and even school names relate to the industry.

Bump into someone in the street and chances are they will work in the wine industry or be related to someone who is.

Commonly known as the Zinfandel capital of the world, Lodi’s vintages have historically been less prestigious than those of its bigger, more illustrious neighbours Sonoma and Napa counties. For years it was the go-to region for mass-market fruit used for producing California’s major supermarket wine brands.

But the founding of the Lodi WineGrape Commission in 1991 did much to boost the quality of grapes grown in the county, and helped it develop into the premium producer it is today. And its appellations have become increasingly respected, not only for its Zin, but also for other more eclectic varietals.

It is also increasingly being regarded as the test bed where Californian winemakers go to trial different varietals in a region where land is that much cheaper, and the climate and soils are perfect for producing premium and super premium wines. While an acre of prime vineyard land in Napa Valley could well cost an eye-watering $400,000 per acre, you could snap up the same land in Lodi for closer to $46,000.

This has resulted in a boom in the number of wineries in the area, from around only 10 in 20000 to around 90, many of whom are small, boutique operations looking to produce hand crafted premium wines.

Probably its most famous winery in the region is that of Robert Mondavi, based in Woodbridge and one of the most influential in the American wine sector which has done much to put Lodi on the map.

Lodi is not only California’s biggest wine producing region, but is now responsible for 20% of the state’s premium wines, with over 100 varieties grown in the region, in more than 113,000 acres of vineyards. The region is also home to some of the oldest vines anywhere in the Golden State, dating back to the 1880’s when the first pioneers went west in the great gold rush.

“We have one foot in commodity and one foot in premium,” says Spencer. “But overall we would like to see us migrate more to premium winemaking.” 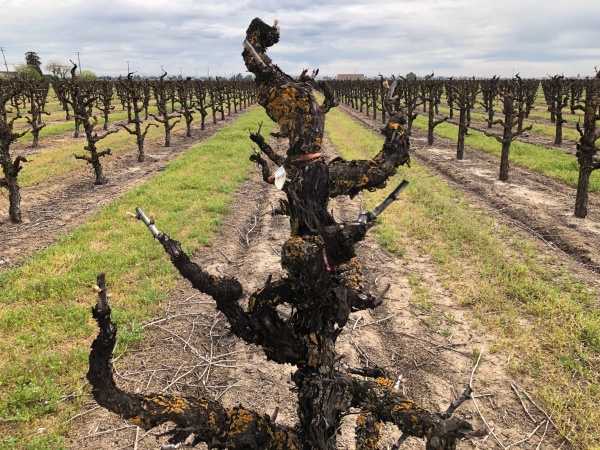 Predominantly a red wine growing region, which account for over two thirds of total acreage, Lodi is home to all of California’s top varieties, and the leading producer of Cabernet Sauvignon, Chardonnay, Merlot, Sauvignon Blanc and Zinfandel.

Responsible for the production of over 40% of California’s premium Zinfandel, some of Lodi’s old vine varietals date back to the 1880’s.

However, the region grows over 100 varieties in total, offering a wide portfolio of diverse wines. Spanish varieties such as Albarnio, Verdejo, Graciano and Termpanillo all fare well in Lodi’s fertile vineyards, while Portuguese varietals such as Touriga Nacional, Verdelho and Tricadeira are finding a natural home in Lodi’s sun soaked soil.

German varieties too, flourish in Lodi, with Kerner, Bacchus, Riesling and Zweigelt just a handful of the varieties from Germany that are grown in the county. With an influx of Italian immigrants to Lodi back in the 19th century, it’s no surprise to find a number of Italian grapes grown in the region, with Sangiovese and Teroldego just a few of the varieties that are successfully grown here. French varietals from the Southern Rhone including Syrah, Picpoul Blanc, Tannat and Cinsault have also found a home from home in the Lodi terroir.

According to Lodi Winegrape Commission executive director Stuart Spencer, demand for Zinfandel has been waning over the past few years, and that, coupled with limited and costly labour increases are leading many growers to remove some of their old head trained vineyards, which require more intensive hand labour. “The white Zinfandel market is shrinking and shifting to the south valley, though we believe a lot of white zin is ending up in more fashionable roses, while red blends shifting to darker coloured varieties,” he added.

Lodi enjoys a typical Mediterranean climate, with warm days and cool evenings. Situated 100 miles directly east of the San Francisco Bay, cool breezes provide the region with a natural air conditioning throughout the growing season. This perfect climate allows Lodi winegrowers to consistently produce good, full flavoured wines, with refreshing natural acidity. The county receives the bulk of its annual rainfall – around 17” – during the winter. This relatively dry growing season means pests and disease are kept to a minimum and provides producers with precise control over vine growth via careful management of irrigation.

This year’s harvest is gearing up to be a week behind that of 2017, down to a later bud break and cooler weather. “I would expect harvest to begin around 3rd of August,” said Spencer. “At this point the crop size looks good but there is some shatter due to May rains. A wet winter and spring has kept the vines happy, requiring little irrigation and resulting in fairly vigorous vines this season, which is good for the old vines which can be stressed in the drought years.”

Wine grape demand has been weak, he added, due to abundant harvest in the past few seasons, and a slowing in growth of the US wine market overall, pointing out that Constellation’s proposed sale to Gallo has also created uncertainty in the grape market. 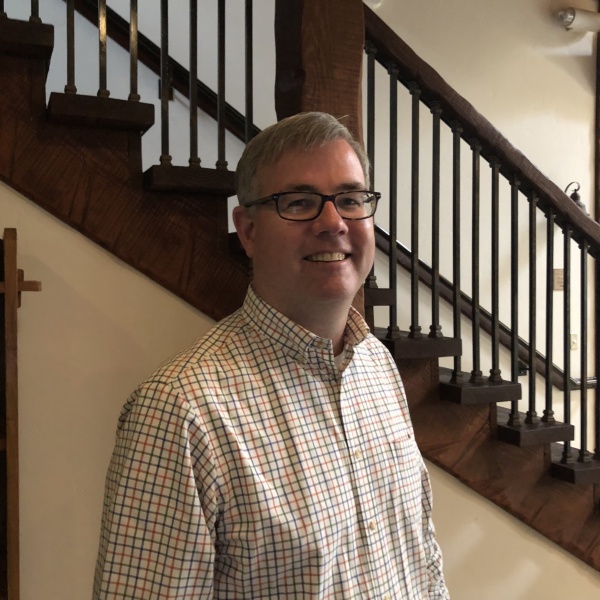 There has been a definite shift towards more wine being bottled with a Lodi appellation, according to Spencer. “We have also seen a trend towards Lodi growers vertically integrating and supplying a lot of brands with bulk and bottled (private label/negociant) wines in addition to developing their own branded business,” he continued, adding that this is a trend he believes will continue. “I often find wines in market with a Lodi appellation that I’ve never heard of.

Key export markets for Lodi include Canada, the UK and other northern European countries, who are particularly keen on Zinfandel. “We are also seeing success in Asian countries, but with less volume,” added Spencer.

As for the domestic market, direct to consumer sales continue to grow and play a key role for all vintners. “Historically, Lodi has had more success in the secondary US markets that tend to get neglected or overlooked by others,” he continued. “Plus the style of wines plays well in the middle of the country.”

Lodi was also the first Californian region to get to grips with the sustainability agenda, that is now so important to the state as a whole. Its Lodi Rules programme dates back to 2005 and is widely regarded as the benchmark on which many other Californian schemes are based. It promotes the adoption of over 100 sustainability practices, including business, soil, ecosystem, water and pest management.

Within Lodi there are over 24,000 cases of certified sustainable wine produced each year from 24,000 acres in 2018. Its success, according to Spencer, is down to the fact it is very much driven “by growers for growers” and goes far beyond what is happening in the vineyard, also looking at the whole ecosystem of the area. It also expands to cover social, training and education issues for people within the wine farming community “We look at how you treat your employees, as well as how you are looking after your birds and bees,” explains Spencer.