For football fans around the world there is nothing quite like the start of a new season. No matter what happened to your team the year before, this is a fresh, new start and anything could happen. Everyone starts with zero points and this could be the year that your team finally gets to win something.

Most football fans also know that even if your team does come out top, then you need to make the most of it as the balance of power is always shifting, and your moment in the spotlight could be gone the next season.

Now wine buyers don’t exactly spend their summer months looking at the pages of the trade press for the latest wine transfer news. But if they are following the market closely then they could have a good idea which of the world’s major wine producing countries are going to be fighting it out at the top of the wine league for the year ahead.

For just like the ups and downs of the average football season, wine also has its winners and losers every year, based on the vagaries of the weather, and the turbulent currency markets that suddenly make one wine team far more attractive to follow than other. 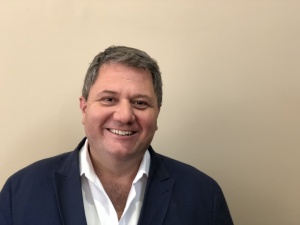 So who is looking like having a good wine season come September? Well, Paul Schaafsma is a good man to ask. The former Australian Vintage and Accolade Wines chief, who is now running his own wine agency business, Benchmark Drinks, is well versed in how the wine transfer market works. Particularly when it comes to investing in or partnering with the right wine producer and brand owner from the most competitively placed wine country at the same time.

With a career that has always been at the sharp end working with and negotiating deals with some of the world’s toughest supermarket and discounter wine buyers, Schaafsma is invariably in the right place at the right time.

In many ways Schaafsma acts in a similar way to the leading football agents. It’s his job to understand the needs of the wine game’s major power houses - the supermarkets - and then go into the market to find the best quality talent, or in his case producer and brand owner, with the quality, scale and volumes of wine at the right price to meet those needs.

His hot tip for the 2019/20202 season - and beyond - is South America. For all the talk of the wine industry looking to trade up and push more premium price points, Schaafsma knows the bread and butter of any wine league is being able to source and supply wine at between £5 and £6 a bottle.

For him South America, and primarily Argentina and Chile, has got so many factors working in its favour. Firstly it has spent the last 10 to 15 years building a world reputation for good quality, but great value wines, particularly from Chile. Wines that are full of flavour, bursting with fruit, but crucially in the last two to three years, made in a far more refreshing, more-ish style with lower alcohol levels.

Then there is the peso, which particularly for Argentina, has made its wines so much more attractive again to global buyers. With a transfer value of 56.9 Argentine pesos to $1, or 68.6 person to £1 and 63.5 pesos to €1 then it’s no surprise to see so many international buyers once again looking to see what Argentina and South America can offer.

It’s why Schaafsma is particularly pleased to have signed a partnership deal with Argentina’s biggest domestic player, Fecovita, and what claims to be the 10th largest producer in the world, to supply wine to the UK and then with Benchmark Drinks to Ireland through Barry & Fitzwilliam.

“I think South America is going to be able to offer so much over the next three to four years,” says Schaafsma. “You just have to look at the bulk prices coming out of Australia for a start.”

He is certainly well placed to take advantage of any added interest in Argentina by working with Fecovita, that sells around 270 million litres on average every year. It has 30% of the domestic market and 45% of the country’s bag-in-box sales.

It works through a network of 54 wineries, 29 winemaking cooperatives across the key winemaking areas of Mendoza, including 5,000 grape growers, covering 25,000 hectares of vineyards. The company sells around 270 million litres of wine a year and commands a 30% share of the domestic market in Argentina. It exports its wines to more than 30 countries around the world and employs over 1000 people globally.

But with domestic wine sales falling off a cliff, with average consumption down to 22 litres a head from 32 litres in the last five years, says Schaafsma, then it’s clear to see why the time is right for Fecovita to start building its exports.

Its two main brands are the more commercially focused, Toro, number one in Argentina, and Estancia Mendoza from the Uco Valley in Mendoza, the country’s fifth largest brand. Toro brands are said to account for one in every five wines drunk in Argentina and Estancia has 10% domestic share. Schaafsma’s Benchmark Drinks will be looking to have a major push for both brands in the UK and Ireland.

It will also be able to provide a full service solution for UK retail partners in Argentina thanks to Fecovita’s strength in supplying private label, exclusive and bulk wines as well.

This is clearly where Schaafsma believes it can really make a difference to the Argentine wine category and provide that full solution service to retailers from branded to bespoke wines. Because of that he is confident Benchmark will be able to build a 20 million litre business in the UK and Ireland for Fecovita with branded, own label and private label wines within three years.

In total Fecovita is exporting wine to 100 countries, including China, through a French co-operative supplier, and has its own office in Brazil. This will be the first time, though, it has seriously looked to build a UK presence.

Schaafsma says Fecovita’s scale and significance in its domestic market, compared to its footprint around the world, reminds him of where Australian Vintage was when it first started to export in a serious way in the second half of the 2000s.

“There is the same kind of opportunity to meet buyers’ needs to still find wines that retail between £5 and £6 and can offer quality wine at that price point,” says Schaafsma.

Wines that are ready to deliver from the first day of the new wine season.