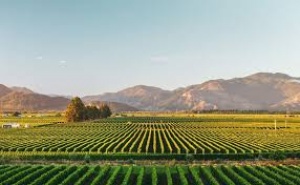 New Zealand wine has been punching above its weight in the UK off-trade, with sales suring by nearly a quarter (23%) in value in the off-trade last year.

This amounts to an additional 14.4m bottles sold in the UK market compared to the same period in the previous year. And while the total wine category in the UK has grown by £1.02bn during the period, New Zealand wine  accounts for  over 12% of this growth.   This is according to a report commissioned by New Zealand Winegrowers in tandem with Nielsen.

“The past year has been tremendously difficult for all, but despite this it is very pleasing to see the continuing popularity of New Zealand wine,” said Chris Stroud, New Zealand Winegrowers UK market manager.

“It is particularly interesting to see growth across the whole New Zealand category with double digit growth in both reds and whites and significant growth for Rosé, which shows the UK are exploring the diversity New Zealand offers.

”We appreciate that much of this growth in take home is due to the UK on trade having been virtually shuttered for much of the year, but we hope when we return to normal that this brings opportunities for the on trade to take advantage of the popularity of New Zealand wine in this sector.”

Sauvignon Blanc has been one of the largest contributors to the gains in the sector accounting for 86% of the category’s total £125m value. But it is not the only varietal posting such phenomenal growth; in the past three months, there has been a 69% surge in the volume sales of New Zealand rosé in the UK as it becomes popular throughout the year and not just confined to the summer months.

Ten years ago, New Zealand Winegrowers predicted that New Zealand wine exports would double to reach $2bn NZE in 2020, and this was realised in October 2020, despite the difficulties faced during the year.

New Zealand Winegrowers will be holding its inaugural virtual New Zealand Wine Week from 8-12 February, with a wide-ranging programme including tastings, discussions, and online activities.