Australian exports downturn driven by Chinese tariffs, but shipments to UK up by a third 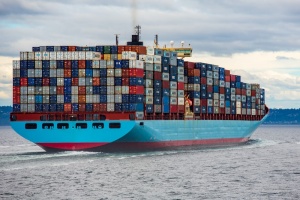 Australian wine exports dropped in the 12 months to March 2021 compared to the same period a year previously, with the loss largely attributed to the situation in China where hefty import tariffs have effectively closed the market to Australian producers.

Acording to Wine Australia's latest export report, overseas shipments dropped by 4% in value to $2.77bn, while volumes were down by 1% to 724 million litres. The average price per litre for exports, meanwhile, also dropped, down by 3% to $3.82.

Wine Australia’s CEO Andreas Clark said that much of the decline was down to a sharp drop in exports to China, but also pointed to the cumulative effects of three consecutive smaller vintages in Australia, resulting in lower volumes for export.

“Notwithstanding the impact of China’s tariffs, we were still looking at a potential downturn in exports over this period simply due to the supply situation,” he said.

Exports to China from December 2020 to March 2021 crashed to a mere $12m, compared to $325m in the comparable period a year ago.   The Chinese tariffs only apply to wine shipped in bottles under two litres, which has resulted in a drop in the share of bottled exports in the export mix, from 46% of total volume in the 12 months to March 2020 to only 41% in the same period in 2021.

On a more positive note, Clark said there had been “significant growth” in exports to Europe and the UK, up by nearly a quarter (23%) to $710m, the highest value in a decade. Growth was also see in shipments to North American, where exports were up 5% to $682m, while exports to Oceania were up 7% to reach $112m.

Clark claimed that if exports to mainland China were stripped out of the equation for the past 12 months then there would actually have been positive growth in export value, up by 10% to $1.9bn, and 8% increase in volume to 646m litres.

The UK was one of Australia's top performing export markets, with the value of shipments surging by a third (33%) to $461m, and up in volume terms by 21% to 264m litres. It also confirmed the UK's position as the biggest market for Austrlainn wine by volume, and saw it leapfrogging the US to become the  second biggest destination by value. The average value for Austraian wine in the UK also jumped, pu by 10% to reach $1.75 per litre, the highest level in a decade.